The Mint Julep: A Brief History 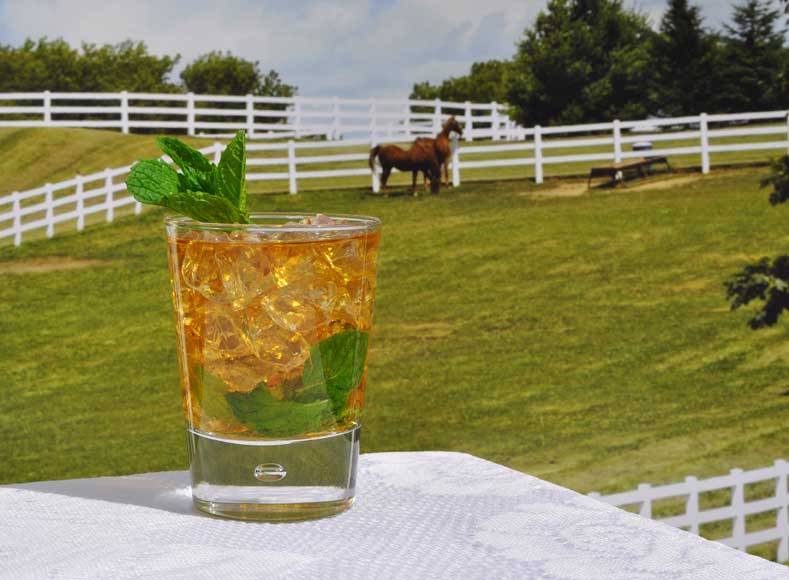 It’s Kentucky Derby week! Though we may be a few months late due to the pandemic, the time has come to place those bets, break out the big hats, and get ready for derby parties. Even though enthusiasts can’t attend in person this year, you can still enjoy the unique dishes and delicacies that make Kentucky and the Derby unique, not the least of these is a mint julep. It is estimated that over 12,000 mint juleps are served each year at the derby (this year notwithstanding). While the tally at your derby party may vary slightly from that number, you should know the background behind the official drink of Churchill Downs and Derby weekend.

The Mint Julep is derived from an ancient Arabian drink called the “julab”. Originally fragranated with rose petals, they were replaced with more readily available mint in Europe and the Mediterranean. The drink migrated to the colonies with the Europeans and was typically made with rum, rye whiskey, or any variety of available spirits.

Once in the New World, the popularity of the mint julep grew among the agricultural regions of Virginia and the south. The first mention of the drink in print occurred in 1803 when it was described as, “a dram of spirituous liquor that has mint in it, taken by Virginians in the morning.” Marketed as a tonic, farmers were said to have enjoyed a sip first thing in the morning, finding themselves properly energized and ready to face the day’s work detail. Renowned Kentucky Senator Henry Clay is said to have introduced the drink to Washington D.C. in 1850 at the Round Robin bar.

As time went on, rum and other libations were discarded for the standard Kentucky bourbon. It is believed that mint was planted outside the clubhouse for the first Kentucky Derby’s juleps in 1875.  The mint julep became the official drink of the Kentucky Derby in 1938 to coincide with the initial distribution of souvenir julep cups. It even found its way into the classic tale of 19th century southern life, Gone With The Wind.

We aren’t suggesting you MUST have a mint julep to enjoy the derby; however we strongly recommend it! And if you’re interested in learning more about the history of Kentucky and bourbon (though maybe not in that order), contact us at Tour With Us KY to set up that next bourbon adventure.