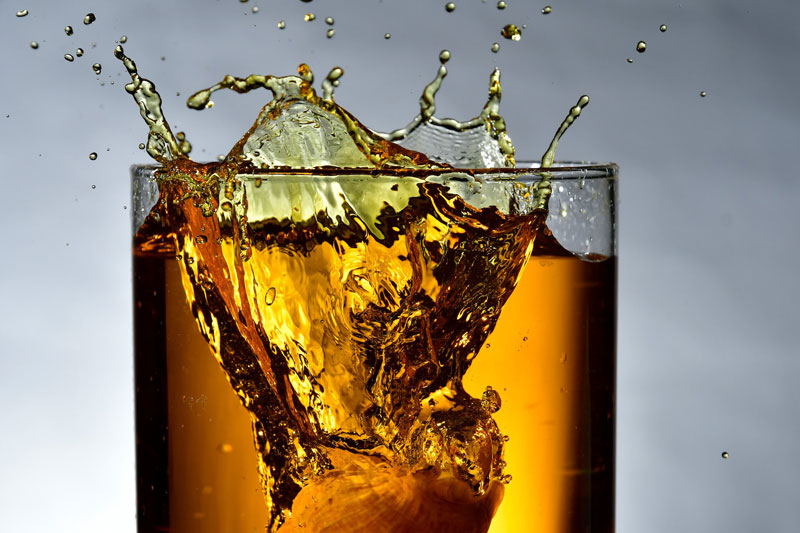 Since you’re reading these words, we’ll take a guess and say that you’re a fan of bourbon and its taste. However, did you know that you can make your favorite drink taste even better? That’s right; you’re able to do that by pairing bourbon with certain foods. In the text that you’re about to read, we’ll introduce you to a little beginner’s guide to bourbon food pairing. Just so you don’t venture into unknown territory without a map! Therefore, stick around to learn some essential bourbon know-how!

Why is food and bourbon pairing important?

Before we fully start this adventure, let’s consider why folks see pairing alcohol and food as an important element of their hedonistic visions. Speaking of hedonism, don’t forget to try out signature Kentucky cocktails. Anyway, here’s the thing: you pair bourbon and food to enhance the taste of both subjects. Some foods complement bourbon quite nicely. Now, don’t get us wrong, the whole process isn’t an exact science or something. We can say that’s it more of a subjective process than anything else. That being said, you’ll have a whole lot of space open for improvisation and creativity. We’ll just give you some info to start with. So, shall we begin? Here’s what food you pair bourbon with!

Okay, so here’s one pairing that’s not so exotic but will get your taste buds to fall in love. Experts on the bourbon and food combos say that anything salty works well with the drink. However, they add, gourmet crackers and light-bodied cheese are simply one of the best combos out there to pair with bourbon, without any doubt. If you want to try out the “real thing,” we suggest opting for Nord Hollander cheese, which is magical. That’s because we’re dealing with a sweet and savory cheese with a more complex flavor. Now, if you can’t get a hold of Nord Hollander, there are other options. For instance, smoked Gouda and dry-aged Parmesan are fantastic with bourbon, too. Mild blue cheese? Yes, try that one also.

That’s right, you’ll also want to focus on fat. Coating your food place with the fat of ham, some milk chocolate (not be mixed with bitter, dark chocolate), or salmon, for instance, is essential to a successful pairing. Once the bourbon arrives at the scene, you’ll witness the process of it turning the fat and those flavors into something out of this world. Since we’ve already talked about cheeses, we’ll skip mentioning them here. Let’s see what else is in store!

There’s a chance you don’t want to opt for a full meal. That’s completely fine since we got a solution for that one, too. Are you a fan of pistachios? If that’s so, you’re going to love the fact that they are an ideal partner for a glass of top-quality bourbon. Bourbon experts phrase it like this: it’s contrast plus synthesis in condensed form.

Yes, yes, that’s right, sweets work well, too. Bourbon goes fantastic with sweet treats, trust us. We’ve already talked about milk chocolate, but here are some other treats to try out with a glass (or more) of bourbon. Experts say the best combo is pecan pie (with chocolate) dressed with maple syrup. Also, consider bringing some banana bread or sweet corn to the table since they’re great. Lastly, let’s talk about certain fruits. They say that peaches and berries are another ideal contrast to your favorite drink’s rich, smokey flavors. We’re sure you won’t have any trouble in this area.

#5 You might want to skip mixing spicy food and bourbon

Yup, spicy food doesn’t really work well with bourbon. Unless you want to set your mouth on fire or you’re a full-blown masochist. Trust us, just don’t do it! We once tried to mix bourbon with spicy chicharrones, and the whole thing ended up as a total disaster, too… Just don’t!

Don’t worry, as we’ll talk a little about meat, too. We’ll even break this part down into sub-categories, as suggested by the folks at Cross Country Moving Group. They sure think meat is a section that needs special attention. Let’s see what meat goes well with bourbon!

If you’re a fan of brisket, know that you’re going to need a very, very confident drink, such as an aged bourbon with something you’d call an assertive flavor profile. It should be sweet, like honey, with a hint of chocolate and some spice, because you don’t want it to get overpowered in the presence of brisket. Both sides should be equally present.

Who doesn’t love pork ribs? Well, there aren’t many folks that would admit to that. Paired with some unpretentiously-flavored bourbon, pork ribs are a great addition to your bourbon-based diet.

Okay, so we’re still focused on the subject of pork. As we’re sure you know, the flavor of the pork is relatively mild (we’re not counting bacon) once compared to other meats. Also, let’s just say that pulled pork is something totally different – it has a rich, moist texture. Therefore, you’ll want to pair it with a good-natured bourbon that is charcoal-filtered in order to mellow out the flavor.

And who could forget barbecued chicken? You might’ve heard one of those myths that bourbon doesn’t go great with chicken. Totally untrue! Okay, so imagine a salty and smokey BBQ chicken roasting on the grill. What a sight! That “sight” deserves a bourbon that has a well-rounded flavor profile to match. However, you don’t want it to overshadow the chicken. Bourbons that have a hint of honey and butter (or dried fruits) are the way to go!

Final words on the subject

That’s all we’ve prepared for this quirky guide to bourbon food pairing. It wasn’t an easy task writing this since every little piece of the article is filled with the mouth-watering subject matter. We hope you’ve enjoyed this and inspired you to book a bourbon distillery tour! Or do you already have an idea for a private bourbon-tasting event? Well, until next time!

Let us help you make your next family or friend gathering special, educational, and memorable.

Visit www.tourwithusky.com to see more details about the B-Line Trail Southbound as well as our other tour packages.